- Daughter of the miller is of marriage age
- "the girl did not seem to love him as a bride should love her bridegroom: she had no confidence in him; as often as she saw him or thought about him, she felt a chill at her heart."
- the suited strewed ashes on the path for her to follow
- she gets to a house, but cannot find her bridegroom
- "One of them noticed on the little finger of their victim a golden ring, and as he could not draw it off easily, he took an axe and chopped it off, but the finger jumped away and fell behind the cask on the bride's lap. The robber took up a light to look for it, but he could not find it."
- "The wind had carried away the ashes from the path, but the peas and lentils had budded and sprung up, and the moonshine upon them showed the way."
- "The robber, who during the story had grown deadly white, sprang up and would have escaped, but the folks held him fast and delivered him up to justice. And he and his whole gang were, for their evil deeds, condemned and executed."
Posted by Mansi Patel at 11:17 AM No comments:

- King's son has a bride he loves, but the news of his father forces him to leave the woman with a ring and a promise to return
- King asks the son to marry someone other than whom the young man loved
- The Son marries
- "When they came to the king's daughter, she had twelve suits of huntsmen's clothes made, all alike, and the eleven maidens had to put on the huntsmen's clothes, and she herself put on the twelfth suit"
- these 12 became part of the King's service
- The lion tells the king the huntsmen are actually females
- challenge after challenge is given to prove the huntsmen are females
- on the hunt, at the news of the actual wife approaching, the lover in the huntsman disguise fainted and the King then saw the ring when he pulled her glove off

- Man and woman living, want a child
- there's a garden in the back and the woman wants the rampion, so her husband climbs down to get it for her
- The enchantress, who the garden belongs to, questions the husband as to why he was stealing from her
- the enchantress  allows him to take as much rampion, but tells him he must give her his first child
- a baby was born, the enchantress named her Rapunzel and took her away only to lock her up in a tower
- the enchantress would climb up when Rapunzel let down her hair
- King's son is riding through and wants to marry her, they agree to build a ladder for her to get down with
- The enchantress finds out and takes her to the desert
- in the end the king's son finds her and leads her to the kingdom

Hey! So this week I added a couple of tools such as JStor and Ebsco as my top two tools that I most frequently use right now. I have a couple of papers coming up for my history of science class, so I chose those two. I typically start off my research by searching on google first and then see where the article is found and then type the article into the OU Library database if I can't find the full article online first. JStor has a lot of great articles and has always been the place I go to whenever I start a paper where references are needed.
Posted by Mansi Patel at 1:09 AM No comments:

Who Stole the Tarts: This story is part of the Alice in Wonderland unit. Story source: Alice's Adventures in Wonderland by Lewis Carroll (1865).

- Alice is at the Court of Justice: King & Queen of Heart are at the head of the court
- Judge = King; has a great wig
- Alice is hungry, eyeing the plate of tarts
- 12 jurors made up of a variety of creatures
- various pieces of conversations all around
- All this time the Queen had never left off staring at the Hatter, and, just as the Dormouse crossed the court, she said to one of the officers of the court, 'Bring me the list of the singers in the last concert!' on which the wretched Hatter trembled so that he shook both his shoes off.'Give your evidence,' the King repeated angrily, 'or I'll have you executed, whether you're nervous or not.'- The list of witnesses is worked through
- Alice watched the White Rabbit as he fumbled over the list, feeling very curious to see what the next witness would be like, ' — for they haven't got much evidence YET,' she said to herself. Imagine her surprise when the White Rabbit read out, at the top of his shrill little voice, the name 'Alice!'

Wonderland: Down the Rabbit-Hole. This story is part of the Alice in Wonderland unit. Story source: Alice's Adventures in Wonderland by Lewis Carroll (1865).

- Alice is sitting at the bank with her sister who is reading a book without any pictures, getting bored
- She sees a rabbit, who pulled out a pocket watch, made Alice interested and she followed him
- Alice fell down the rabbit hole without realizing where she was following the rabbit to
- The fall was long and she found a jar of Orange Marmalade
- "There were doors all round the hall, but they were all locked, and when Alice had been all the way down one side and up the other, trying every door, she walked sadly down the middle, wondering how she was ever to get out again."
- "It was all very well to say 'Drink me,' but the wise little Alice was not going to do THAT in a hurry. 'No, I'll look first,' she said, 'and see whether it's marked "poison" or not'; for she had read several nice little histories about children who had got burnt and eaten up by wild beasts and other unpleasant things, all because they WOULD not remember the simple rules their friends had taught them"
- first a bottle that says "drink me"
- next a cake that says "eat me"

Last time I had mentioned that I was going to start  start incorporating the twisted arms, reverses prayer pose, and open chest stretch into my deskercizes. I have been adding these into my daily routine and let me tell you my body feels so much better. It is amazing how small exercises while studying make a world of a difference. My only regret is that I did not know about these small deskercizes earlier, but now that I do, I know I am definitely helping my back and neck. My family has even started doing these! Reverse Prayer Pose was difficult initially, but it is so easy to do now!

Beyond school I experience my strongest growth mindset in CrossFit, through focusing on improving my overall health, endurance, and strength. I work hard and focus on the the little aspects as well, because working on those smaller muscles is what work to build the bigger muscles. Focusing on learning how to be a better athlete is important and understanding the nutritional aspect as well. I believe I can improve through hard work in CrossFit, and that is useful in my school life as well, because the commitment to improve myself and gain knowledge is important in the academic field as well.

Here' my favorite meme:
Posted by Mansi Patel at 11:43 AM No comments:

I didn't think I would actually like this extension, because I tend to keep the number of extensions to a minimum and only download what I think will be useful. I am very much an image oriented person, so this image tool was a great addition. On my MacBook, I was always shown my favorites page immediately when a new tab opened up, but when I had a Windows computer before I really enjoyed the different backgrounds each day. I enjoy going to real museums as well, because I am not very crafty so I like to go appreciate the art and talent of others. I actually don't have browse museums online, because I like the physical feeling of being in a museum. Art comes in a variety of forms, my form of art is cooking. I can't draw much besides stick figures and the sun, so art classes were always a struggle. Regardless, I am so glad to have come across this add-on! Definitely a game changer!

Coyote's Eyes, This story is part of the Southwestern and California Legends unit. Story source: Myths and Legends of California and the Old Southwest by Katharine Berry Judson.

- Coyote sees the bird take our its eyes and put them back, they are much brighter
- Coyote asks the bird to do it to his eyes, after doing it once Coyote asks to do it a second time
- the bird is smart and tells the coyote no
- the bird finally takes them out, but the eyes never return....coyote's black eyes are now yellow since the bird rolled gum from the piñon tree. 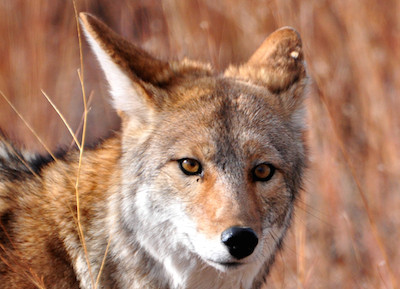